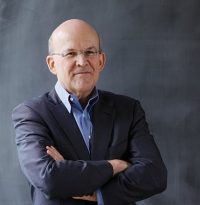 Dr. Guy Proulx obtained his Ph.D. in Psychology from the University of Ottawa in 1981. He was Director of Psychology at St-Vincent Hospital and Elizabeth Bruyère Health Centre in Ottawa from 1981 to 1986 and then, at Baycrest Centre for Geriatric Care in Toronto until July 2009. He developed neuropsychological assessment and treatment services in the areas of cognitive aging, stroke and dementia.  In 2009, Dr. Proulx accepted a position at Glendon Campus, York University where he is Director of the Centre for Cognitive Health. His recent focus has been on the wide variability within the normal aging population. Since 2014, Dr. Proulx is member of the advisory committee to the Minister of Health for the new dementia care strategy of Ontario.